Tough criticism in the form of art and literature regarding today's academic/literary established order has become taboo in America. Inevitably, those belonging to that order will demean it as "sour grapes," as if art and literature were only permitted to consist of laudanum-injected sweet grapes. Ubiquitous laudation, omnipresent hagiography, panegyric, eulogy, homage, praise, and tribute— whatever one chooses to call it—have all but smothered vigorous debate, cornerstone of democracy, in the artistic milieu. Indeed, take a peek inside the doors of any university. How many professors dare "go upright and vital, and speak the rude in all ways" (Emerson).  My experience as a professor indicates that very, very few do.

In America, painting is rarely ever critical and socio-politically engaged. Watercolor paintings are perhaps never thusly. So, why not break the matrix of dictated esthetics?  "Sour grapes'"? Pour on the vinegar!

Actual people (real names!) are rarely if ever targeted. Yet naming names is an excellent form of quality control. Almost always I depict real people and send my depictions to those people. Too many cartoonists do not do that, which is why their cartoons tend to be PG syndicated. Too many risk nothing at all, not even the ire of other cartoonists.

Take, for example, famous Sixties radical cartoonist CRUMB. What does he risk? The only risk he’s ever taken is to offend puritans with his sex toons. Yet sex as a subject is diversionary entertainment. It doesn’t hammer the corrupt at all. It only keeps the people entertained.

I’ll translate : « They [cartoonists] like to present themselves as trouble-makers in order to sell better, but are really nothing but fearful artists who practice self-censorship and exploit humor that has become acceptable on pre-tested venues. PC, which has invaded our society, has also polished that area of culture.”

If there is a lie in my satire, it is up to the target to stand up and let me know about it. I’m more than open to correct myself. To date, however, not one of my bull’s eyes has found a lie. I do not lie. I do not need to corrupt the words of poets and artists. Their words denounce themselves!

As my old friend Juvenal once wrote: "Difficile est saturam non scribere, nam quis iniquae / tam patiens urbis...?" [In times like these it is difficult not to write satire.] Thus, I sketch satire because in times like these too it is difficult not to write it. My targets tend to be overstuffed academics, poets of the innocuous, hippie and Beatnik sellouts, journalists of the chamber of commerce, and others for whom free speech and courage to speak one's mind ought to be the prime motivating concern, instead of a dead carcass in the back of the bus.
4 comments: 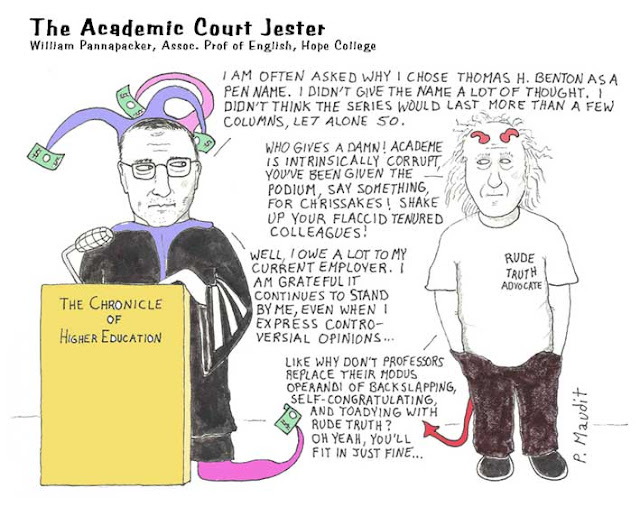 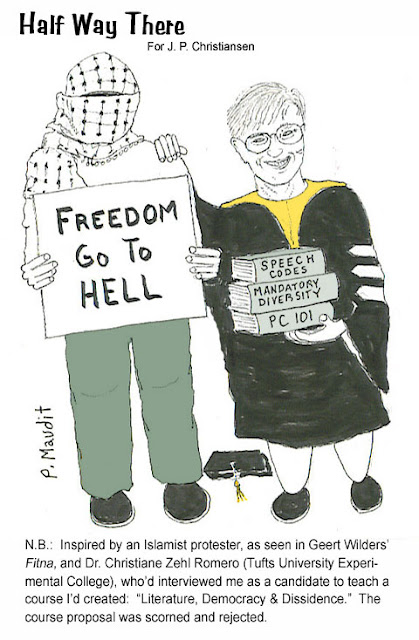 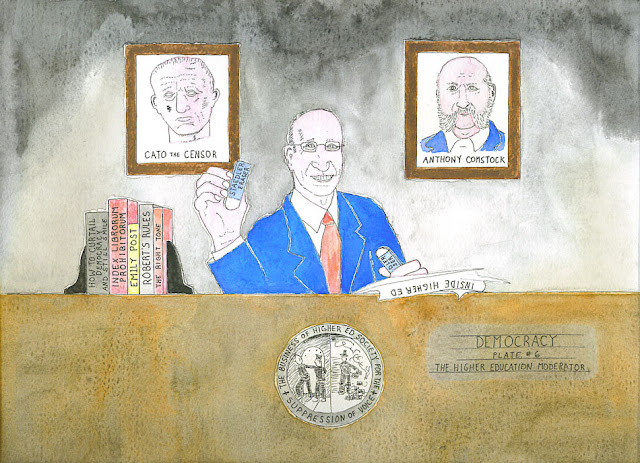 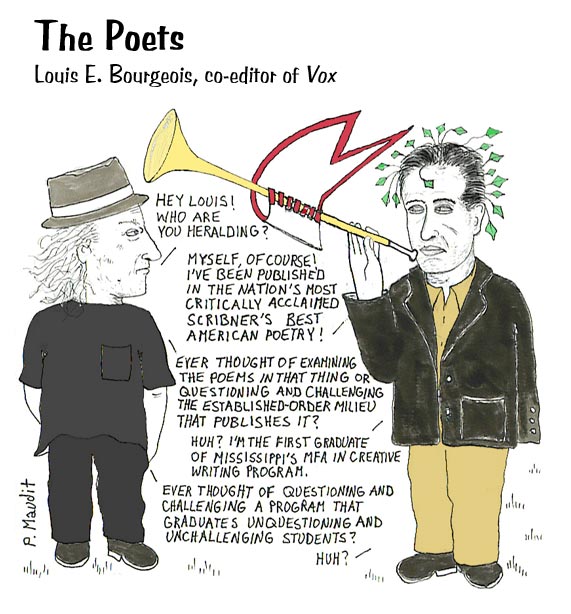 The Poet Laureate of the City by the Bay 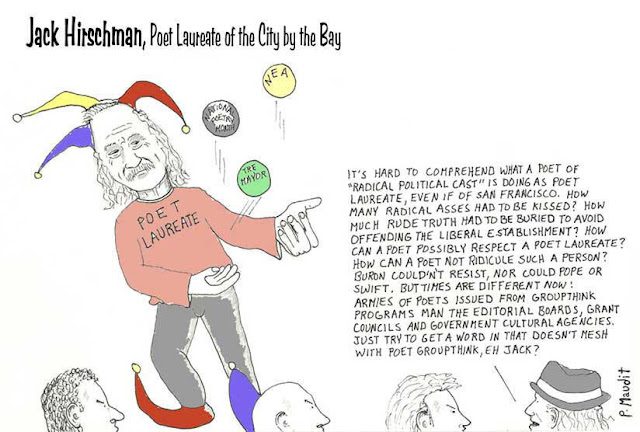 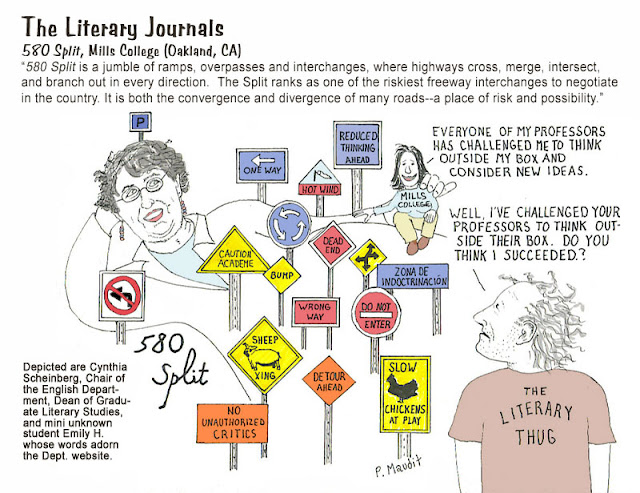 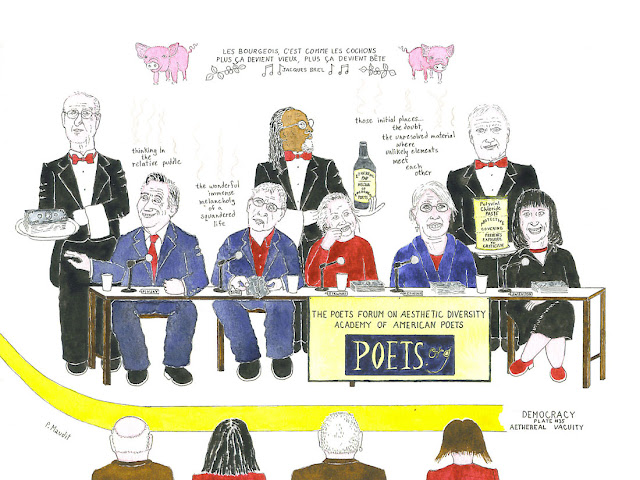 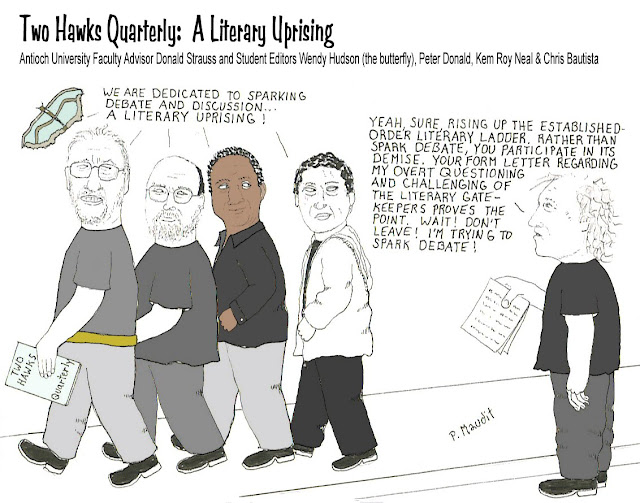 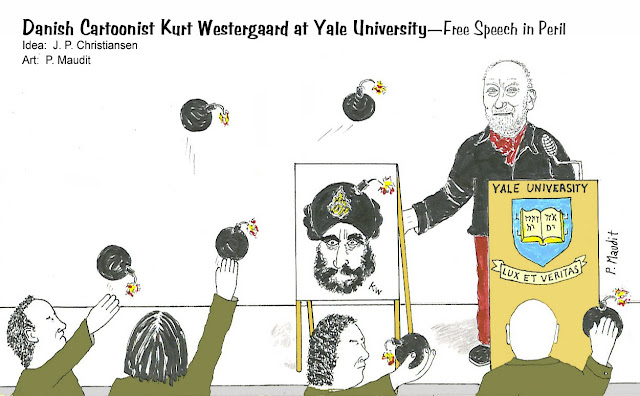 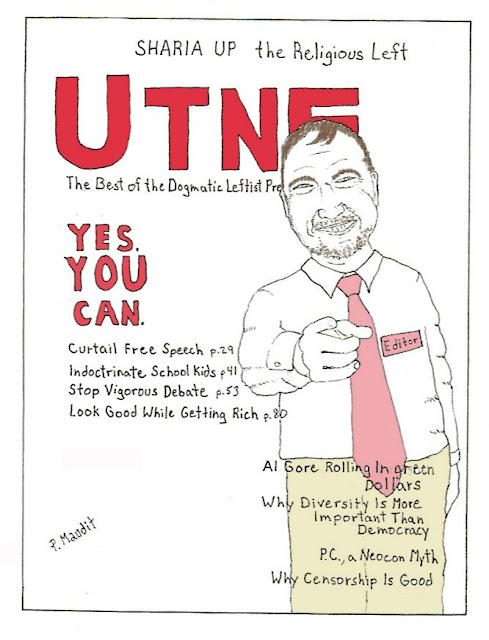 The Chemistry of Poetry 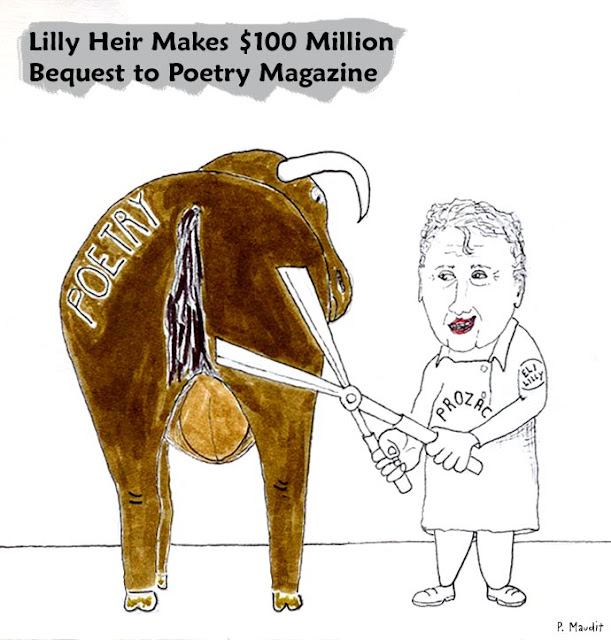 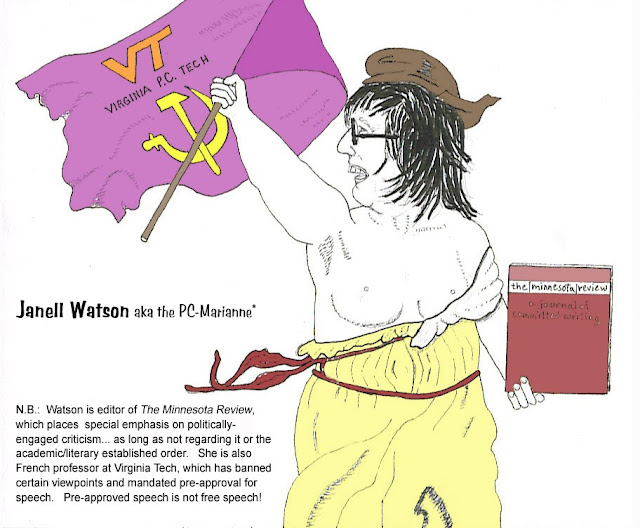 The University of Political Correctness 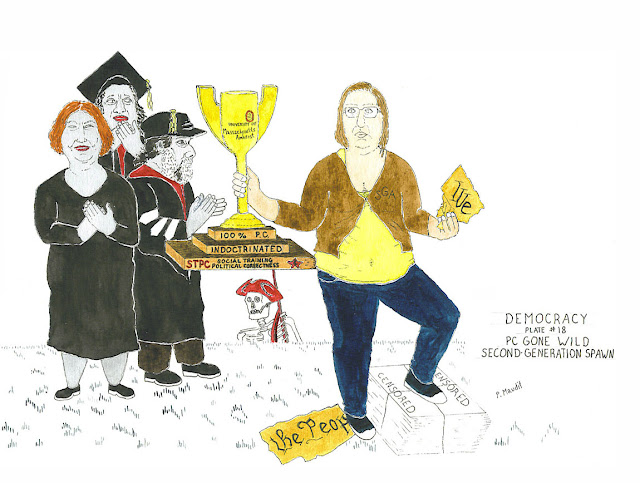 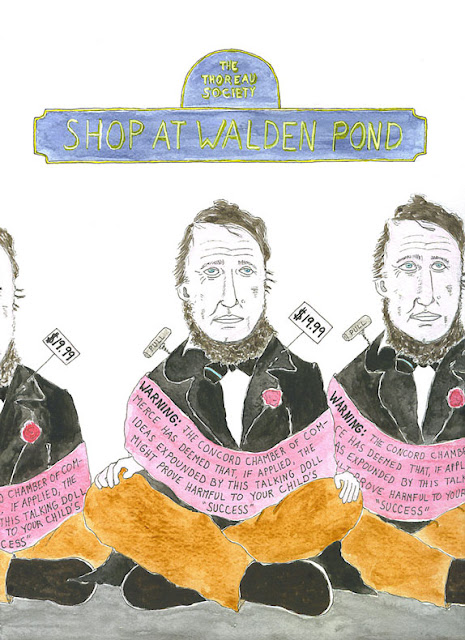 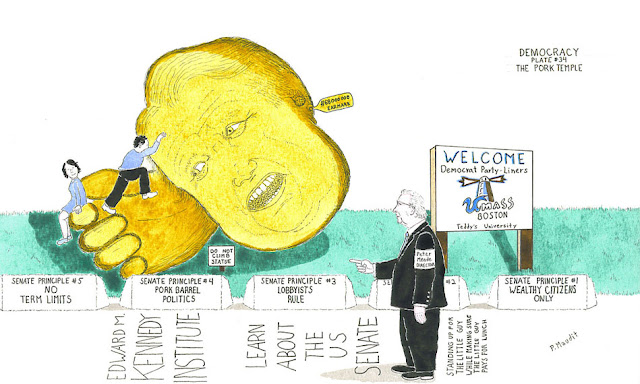 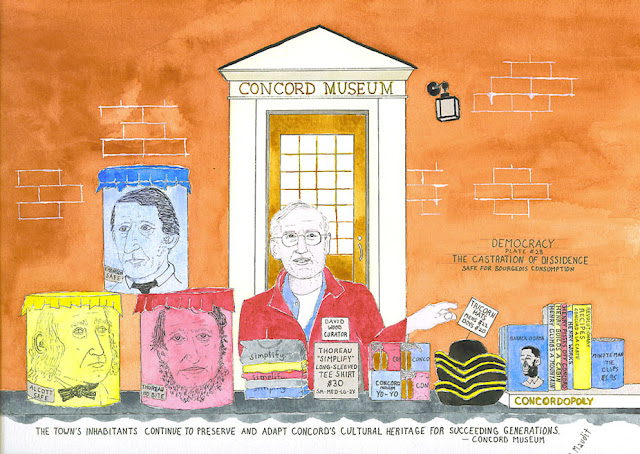 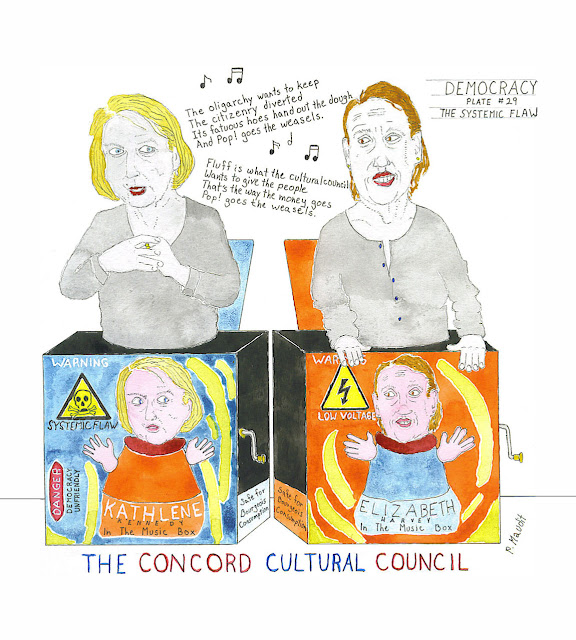 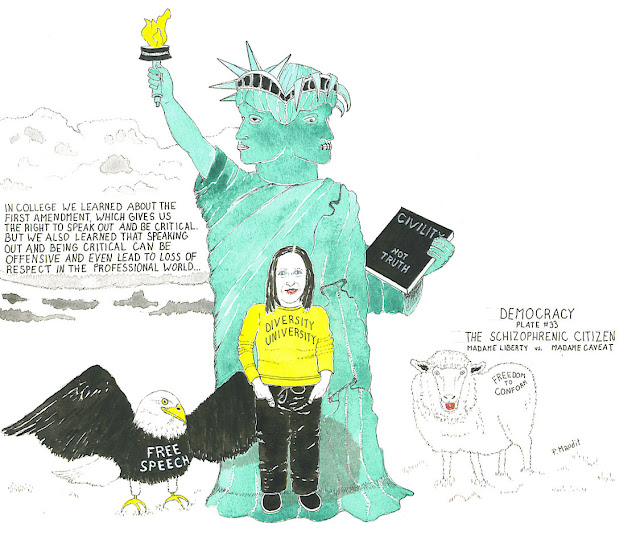 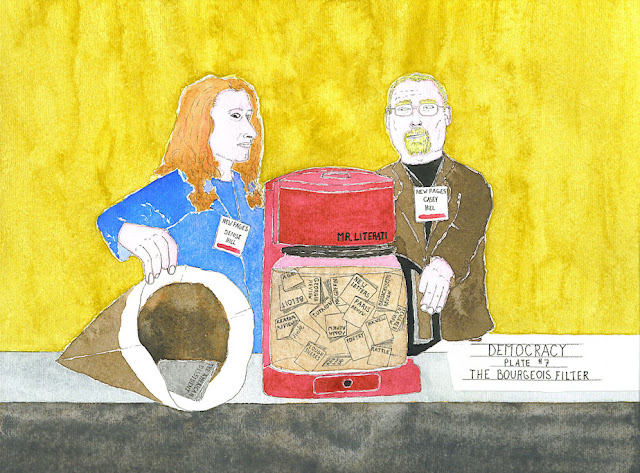 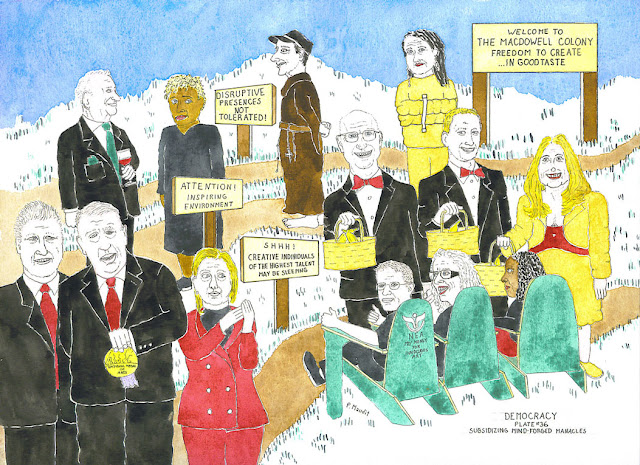 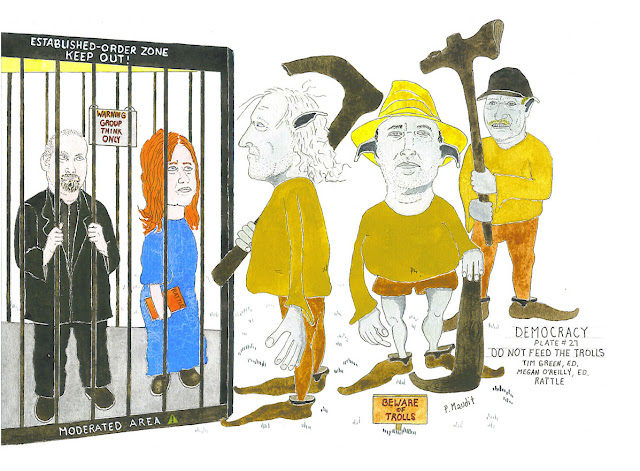 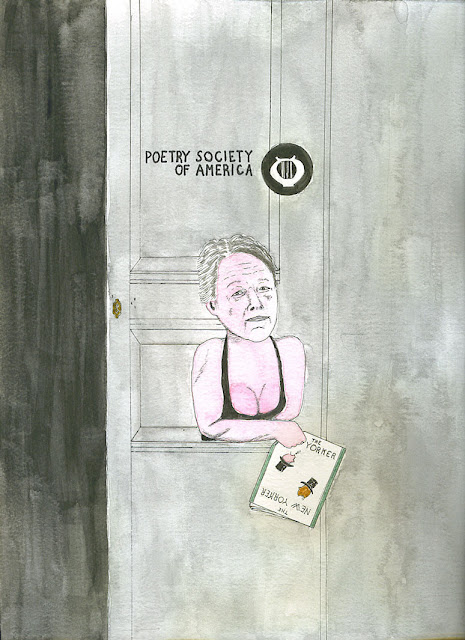 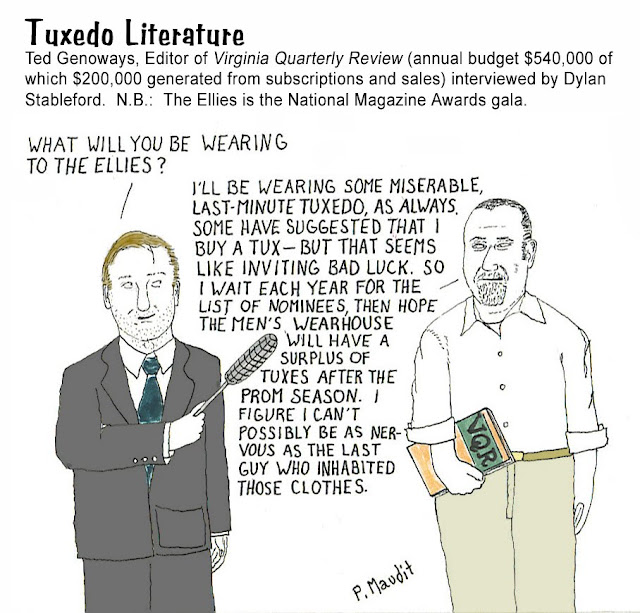 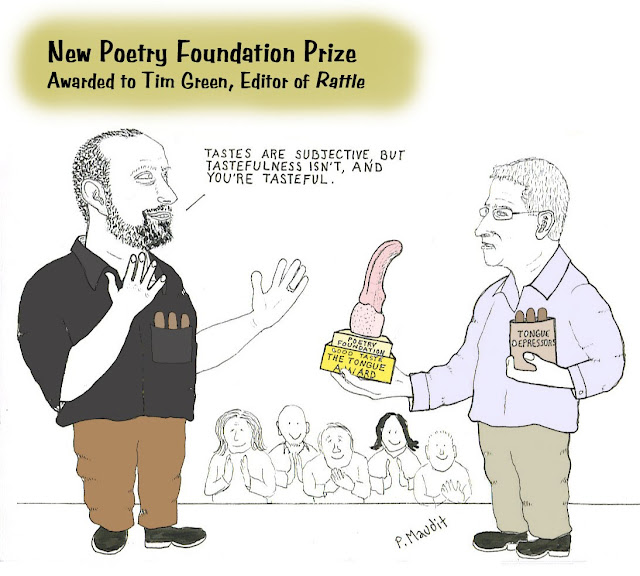 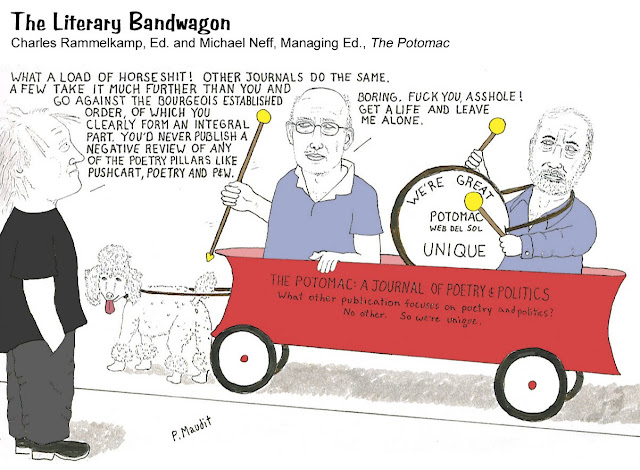 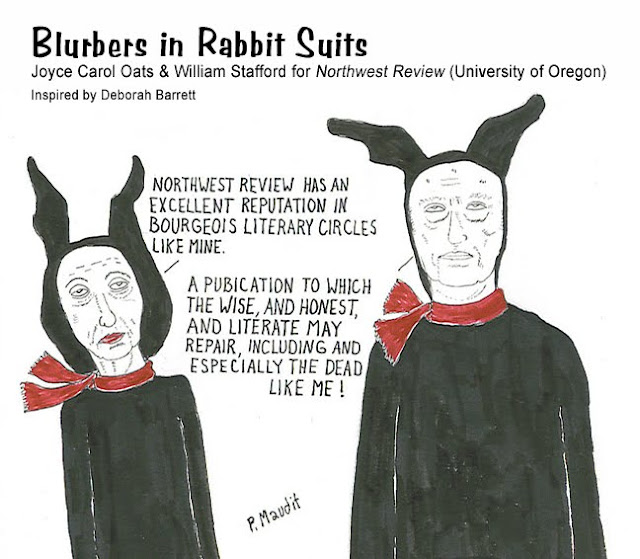